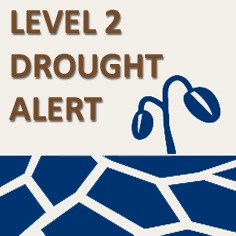 Even though we have been getting more rain this winter, California continues to face unprecedented drought.

With California facing water shortfalls in the driest year in recorded state history, on January 17, 2014, Governor Brown proclaimed a State of Emergency and on July 15, 2014, the State Water Resources Control Board adopted emergency statewide regulations to require all California water agencies to mandate water-use restrictions.


Subsequently, A Level 2 Drought Alert was issued for San Diego County and Vallecitos Water District customers, calling for mandatory water conservation measures that will keep as much water as possible in storage for 2015 and comply with the emergency water conservation mandates adopted by the state.

More recently, Governor Brown then issued an Executive Order  on April 1 that called for new and expedited actions to reduce water use.

Consequently, the City of San Marcos is discontinuing the irrigation of medians and parkways along City streets with decorative grass areas. As part of the same order, the City will also reduce watering of landscapes by at least 25 percent compared to 2013 water usage. This has mostly been achieved in response to the Level 2 drought restrictions.

The affected grass areas will soon turn and remain brown until alternative designs and resources are developed. The City apologizes for any interim aesthetic concerns and requests patience from residents as San Marcos works to convert the affected lawn areas into more sustainable landscapes.

Click here for a map and listing of affected grass areas in San Marcos.

Existing trees within the designated areas will not be affected and city staff is currently developing plans to keep trees alive and convert the turf areas into attractive, but drought resistant landscapes in the future. 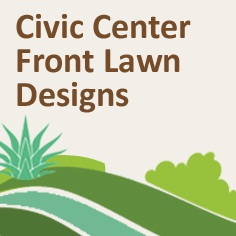 To go the extra mile, irrigation of the large grass areas and parkways along San Marcos Boulevard at City Hall has also been halted, even though this area is irrigated with water from a City owned well source.

Thanks to a previously acquired state grant, work to transform the space started in January, 2016. The landscape design will feature feature an oval-shaped border with meadow grass and succulents or perennials. Higher efficiency sprinkler technology with drip irrigation and high-efficiency nozzles will also be put in place.

While newly planted varieties may look like grass from the past, the new “Native Move Free Sod” to be planted requires 50 percent less water than a traditional lawn and only needs mowing eight times per year.

Click here to learn about the five levels of drought and the associated water restrictions.

What is San Marcos doing to help?

In order to comply with these state and regional restrictions, the City of San Marcos closed all splash pad water features at City parks beginning Friday, August 1. The splash pads will remain closed until drought conditions improve. By closing the splash pads, the City anticipates saving between 8,100 and 12,150 gallons of water per day.

To further conservation efforts, the City is adjusting irrigation schedules and cutting back on watering in all San Marcos parks and other landscaped public spaces like center medians, street parkways and trails by 25 percent. This includes all areas supplied by City-owned groundwater wells.

City Hall’s two fountain features we shut off in 2014 to comply will the Governor's original order and will remain shut off until further notice. The fountain at Woodland Park pond has not been shut off because the water feature is an integral to maintaining the pond water quality, is fed by well water and the pond water is re-circulated as the supply for the irrigation of the park landscape. 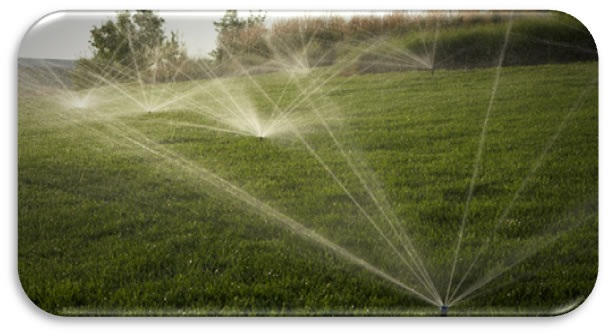 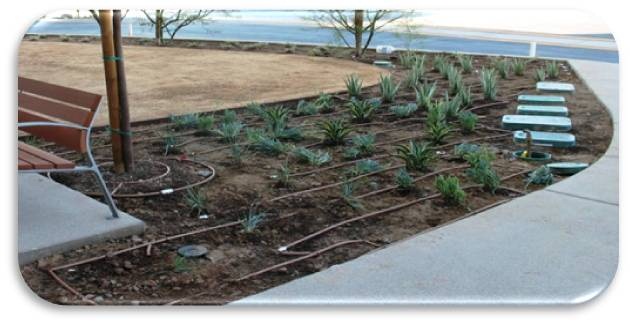 Drip irrigation is the targeted, intelligent application of water, that when used properly can provide great benefits. Based on the City’s Water Efficient Landscape Ordinance, all new median and parkway landscapes are being installed using drip irrigation. Additionally, more than a third of the City’s maintained areas utilize drip as the primary irrigation source. 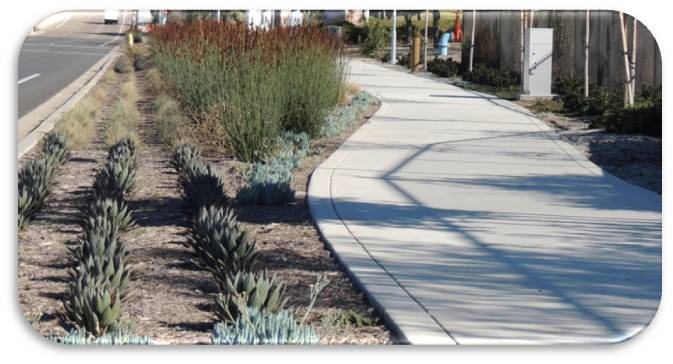 Recent projects that used native and/or drought tolerant landscaping include the Montiel Park expansion; Tiger Way and Autumn Drive in the Richmar area; Buelow, Sunset and Connors Parks (other than the turf areas); the Barham Drive Urban Trail (along the CSUSM frontage); Campus Way (next to the Quad) and medians on South Rancho Santa Fe Road. 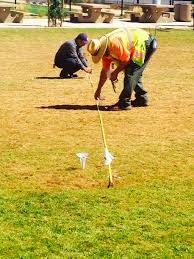 Street medians, parkways and city-maintained facilities will be systematically upgraded—as budgets allow—to install drip irrigation and native and/or drought tolerant landscaping. The older, less efficient areas will be targeted first and attention will be paid to assure compatibility with adjacent landscape architecture.

The Town Center turf grass medians and parkways along San Marcos Boulevard will be converted to a drought tolerant meadow grass landscape with permeable edge treatments and drip irrigation.

Other medians and parkway spray irrigation will be converted to high efficiency sprinklers and/or smart controllers as grant funds are available. Landscaped areas funded through local community facilities districts (CFDs) will be gradually converted to more efficient irrigation components and native/drought tolerant plant materials as funding is available within those individual CFD zones and/or those components need replacement.

Over the next two years the Real Property Services Department plans to replace the remaining 110 lavatory faucets with automatic shutoff/low-flow faucets, install low-flow shower heads and aerators at all fire stations and at Public Works. Time-controlled showers at other select facilities will also be installed.


Free viewers are required for some of the attached documents.
They can be downloaded by clicking on the icons below.